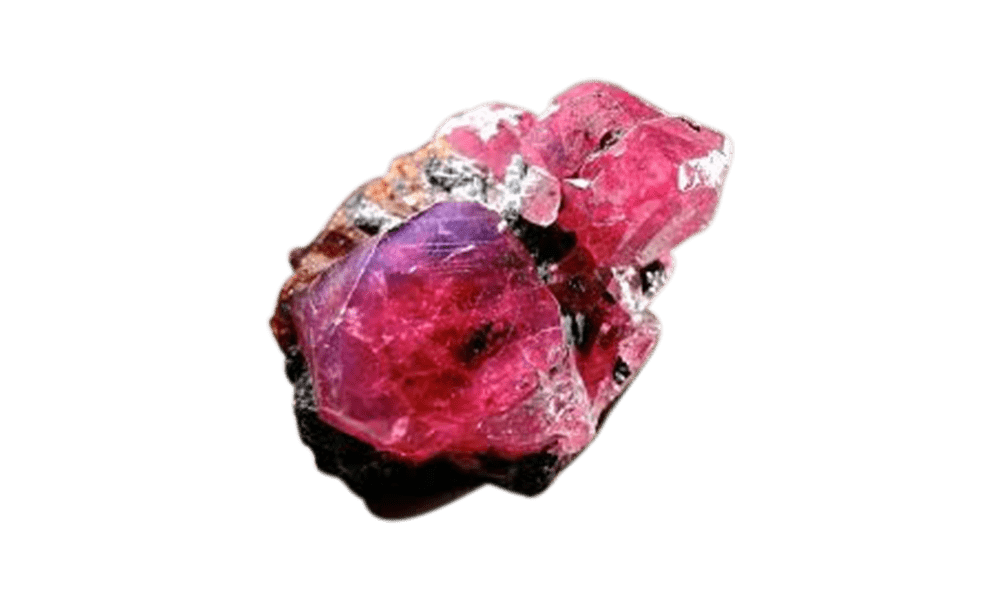 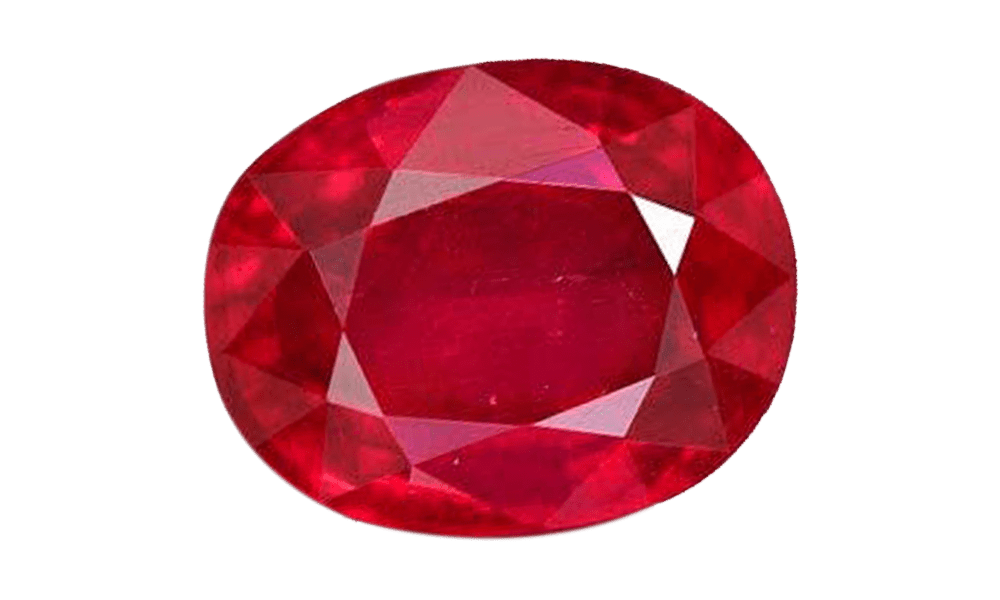 A ruby is a pink to blood-red colored gemstone, a variety of the mineral corundum (aluminium oxide). Other varieties of gem-quality corundum are called sapphires. Ruby is one of the traditional cardinal gems, together with amethyst, sapphire, emerald, and diamond. Rubies can command the highest per-carat price of any colored stone. This makes ruby one of the most important gems in the colored stone market. In its purest form, the mineral corundum is colorless. Trace elements that become part of the mineral’s crystal structure cause variations in its color. Chromium is the trace element that causes ruby’s red color. The quality of a ruby is determined by its color, cut, and clarity, which, along with carat weight, affect its value. The brightest and most valuable shade of red called blood-red or pigeon blood, commands a large premium over other rubies of similar quality. After color follows clarity: similar to diamonds, a clear stone will command a premium, but a ruby without any needle-like rutile inclusions may indicate that the stone has been treated.

Pink diamond is a type of diamond that has pink color.

Sapphire is the most precious and valuable blue gemstone.

Emeralds are gem-quality specimens of the beryl mineral family